And in just the next month, another 100,000 lives could be lost to the disease, the incoming director of the US Centers For Disease Control and Prevention said.
“By the middle of February, we expect half a million deaths in this country,” Dr. Rochelle Walensky told CBS’ “Face the Nation” on Sunday.
“That doesn’t speak to the tens of thousands of people who are living with a yet uncharacterized syndrome after they’ve recovered,” said Walensky, who was chief of infectious diseases at Massachusetts General Hospital before President-elect Joe Biden picked her to lead the CDC. 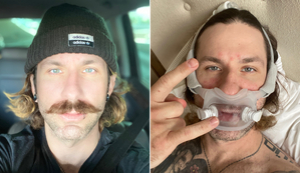 Redefining Covid-19: Months after infection, patients report breathing difficulty, excessive fatigue
Some people who have had Covid-19 have suffered symptoms months after testing positive.
“And we still yet haven’t seen the ramifications of what happened from the holiday travel, from holiday gathering, in terms of high rates of hospitalizations and the deaths thereafter,” Walensky said.

Roughly one-third of people who work in healthcare settings want to “wait and see” before ...
By GHBW
August 3, 2021

ARE YOU A REAL FOODIE?